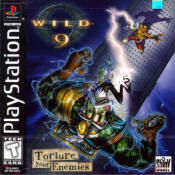 Imagine if George Lucas co-wrote 'Star Wars' with Lewis Carroll. And imagine if George Lucas then co-directed it with Tex Avery. This is the story of The Wild 9; a non-stop thrill ride bursting with action and adventure, and filled to the brim with wild humor.
Join Wex Major, a teenager lost in another galaxy, as he is brought together with a motley group of 8 alien teenage orphans with whom he bands to lead them as 'The Wild 9'. Wex Major reluctantly discovers that he is rumored to be the 'Great Champion' who will operate the magical 'Rig and Glove' weapon and liberate the billions of inhabitants of the Andromeda Galaxy.
Together The Wild 9 embark upon a 'David v. Goliath' battle against 'Karn' - a 376-year-old enormous "face" who has the power of a god, but the temperament of a 3-year-old. Karn has set his sights on harnessing the ultimate power of The Glove and Rig, as well as the only being capable of using them; Wex Major.
Welcome to a world where evil black sheep walk upright and wield chainsaws, where a psychotic with 176 separate personalities can be considered a 'good guy', where a heroine can draw her power from a magical Tartan superhero outfit, and where a normal teenage boy can be the savior of an entire galaxy.
Welcome to The Wild 9.
The first game where you can torture your enemy.
High resolution beautiful realtime 3D environments.
Main character INTERACTS with his environment.
You can even move parts of the level around with the amazing weapon that Wex Major carries!
Humor around every corner
FLOWCAM dramatic camera moves that NEVER interfere with Shiny's patented quick-paced gameplay.
The MOST POWERFUL AND FLEXIBLE WEAPON EVER SEEN IN A VIDEO GAME!!
Story and Characters developed by former television animation artist from such studios as Warner Bros., Disney and Nickelodeon.
Amazing real time special effects, vast environments, and real physics.
Silky smooth feel to Wex Major, the main character; the whole game oozes animation and control.
Rescue the other Wild 9 team members to successfully defeat the evil Karn who is using Wex Major's teammates to lure our hero into his evil clutches.
Over 25 levels of amazing gameplay. 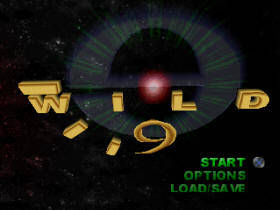 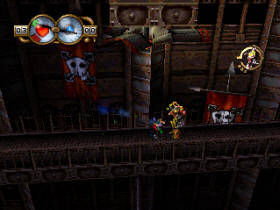 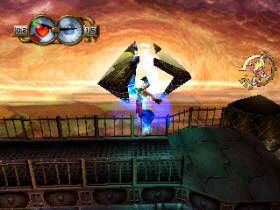 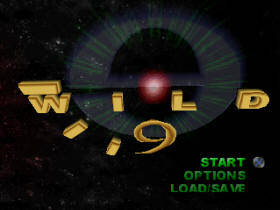 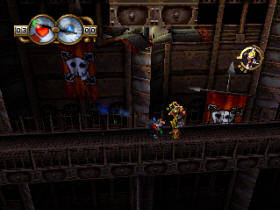 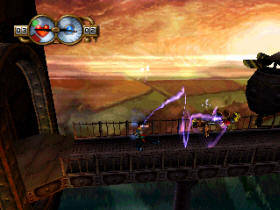 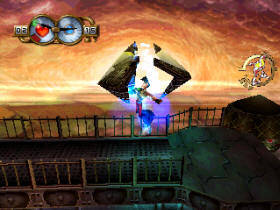