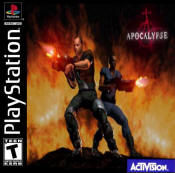 In a dark future, religion and science have become the dominant forces of civilization. A shadowy figure known only as The Reverend has mastered these two conflicting forces and as his first act of evil, unleashes the Four Horsemen of the Apocalypse.
In Apocalypse, you and your tough-talking wingman Trey Kincaid (played by Bruce Willis) must eradicate the Four Horsemen and save the world from the Reverend's evil plans. Bad-ass features include:
Hard-core console action: a powerful mix of pulse rifles, flame throwers and grenade launchers provide the offense as you explore full 3-D, expansive environments loaded with hidden areas, power-ups and dozens of hard-hitting opponents
Industry-first real-time virtual partner: Bruce Willis' cyberscanned and motion-captured form backs you up every step of the way: he'll point out danger ahead, cover your sorry butt if you fall down on the job and help boost your trigger-happy mood
Full 3-D control: Players have full control of a 3-D character - the Kid - in an explosive, go-anywhere, shoot-anything action environment
Cinematic gameplay: a computer-controlled roving camera delivers over-the-shoulder, top-down, free-roaming, side-on and tracking views, while FMA cut scenes integrate seamlessly with gameplay.
Developer Insight:
Apocalypse started out as being developed in-house at Activision Santa Monica. The concept was to use Bruce Willis' likeness as a sidekick to the main character. The original version was considered by industry veterans as over ambitious for the capabilities of the hardware. An unnamed source claimed that the design document was basically a list of "it would be cool if ...", without any detail. After months of work, management at Activision had decided to let the team go and use an outside developer to finish the game. Scrapping the game was no option: Activision paid too much to use Bruce Willis' talent.
Activision approached Neversoft Entertainment and told them they needed the game out in nine months. It was obviously the "vision" had to be curtailed a little. So Neversoft basically went for a straightforward shooter style game, with a nice simple level progression, a variety of enemies, weapons, pickups and bosses. Neversoft "hit the ground running with a playable section of a level in one week that was a lot more fun than Activision had done in a year" according to unnamed sources within Neversoft.
Neversoft Entertainment did hire a couple of people from Activision. Most notably Chad Findley, who turned out to be one of the best designers at Neversoft.
None of the original code was used in the final version of Apocalypse, although they did use a bit of their graphics for the initial rooftops level. Check out the screenshots above and compare them to the retail version of Apocalypse.
Another point was that focus testing has supposedly revealed that people wanted to play as Bruce, which contributed to the whole AI-sidekick thing being scrapped.
Apocalypse was pretty much eclipsed by ASC Games' One which came out at roughly the same time. As a matter of fact, when Activision showed Apocalypse at E3, One ended up being right next to it in the Sony booth and no one at Activision had ever heard of the game before! The resemblance between One and Apocalypse was uncanny. 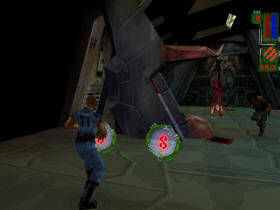 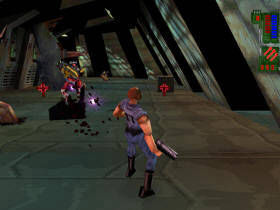 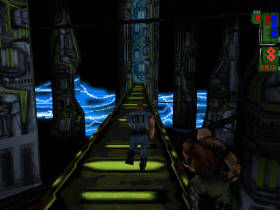 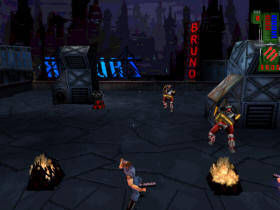 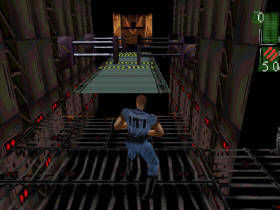 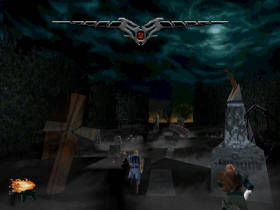 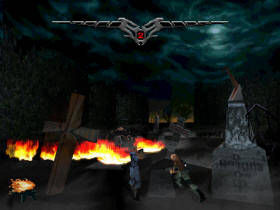 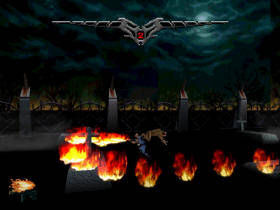 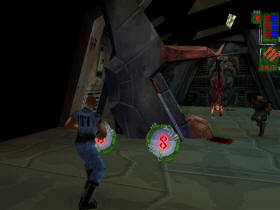 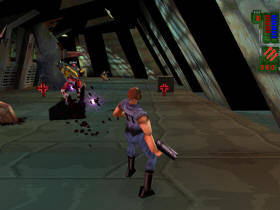 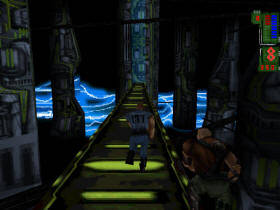 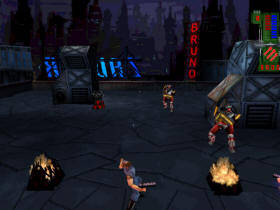 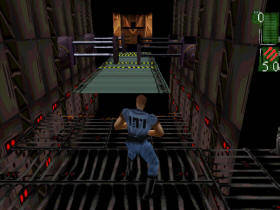 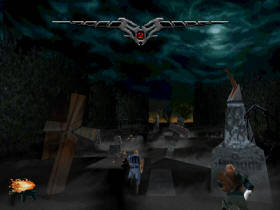 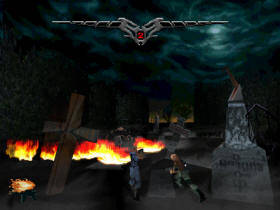 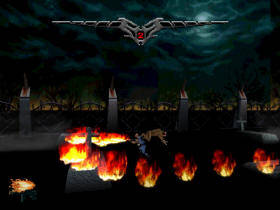